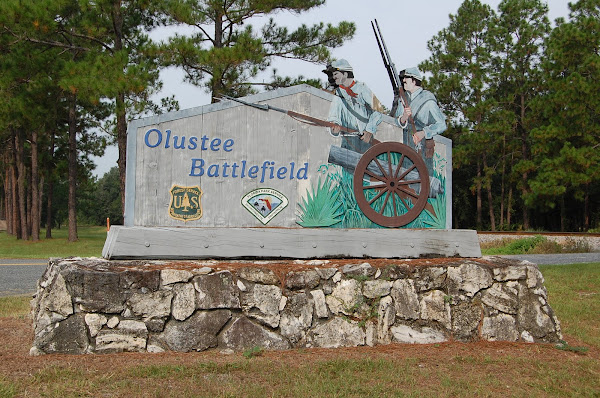 "Mine eyes have seen the glory of the coming of the Lord. He hath loosed the fateful lightning of His terrible swift sword. His truth is marching on." Julia Ward Howe 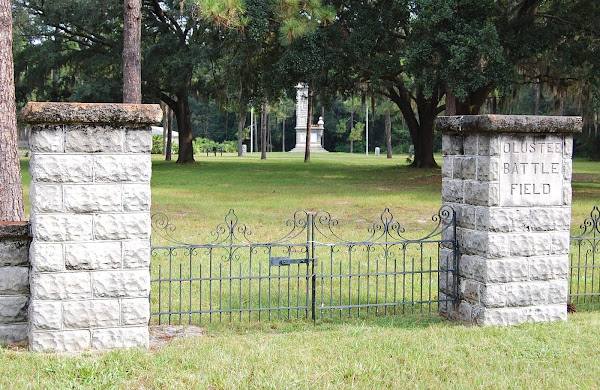 George Reed was my great-great grandfather (1816-1864). He and his family immigrated to the United States in 1858. They settled in what is now Great Neck, New York. He worked as a farmer until his enlistment in the Federal Army on September 1, 1863. He was killed at the Battle of Olustee on February 20, 1864. 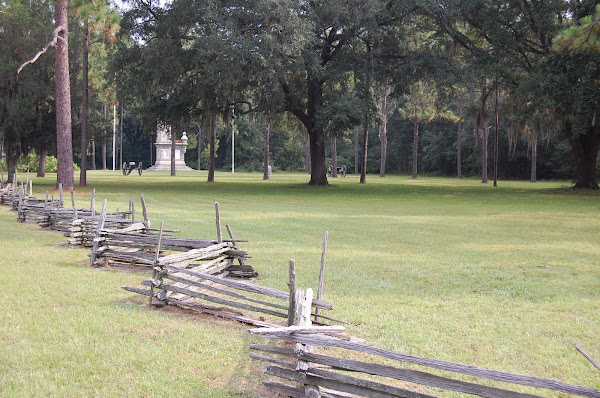 ".... that we here highly resolve that these dead shall not have died in vain ...." Abraham Lincoln 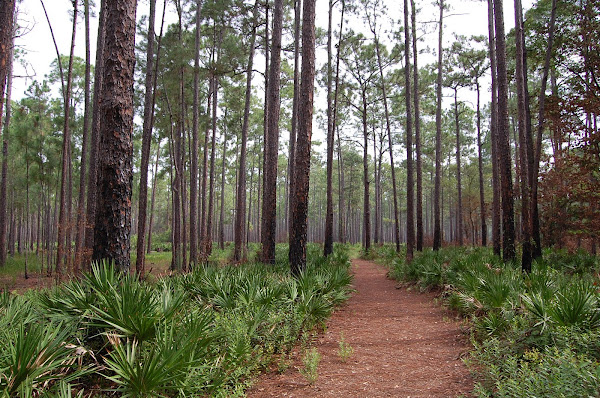 "... they were not swept away while rushing with terror and confusion to the rear, but were killed and wounded while standing up in solid and unbroken line, bravely and gallantly fighting the enemy." 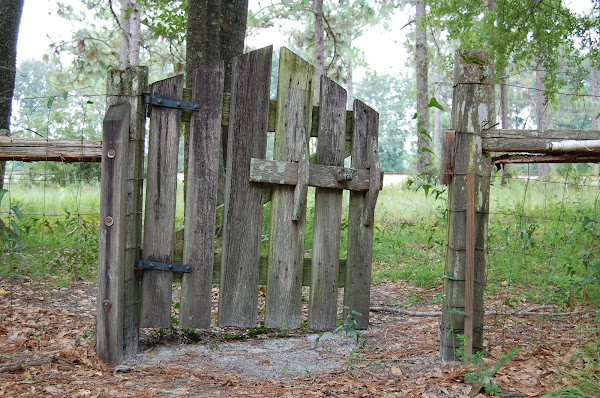 I have compiled considerable information on George Reed, the Federal Army and the Battle of Olustee. Moving forward I will be posting various stories documenting these topics. If you would care to share any information please do so. Thank you for your interest.

"Mine Eyes Have Seen the Glory" 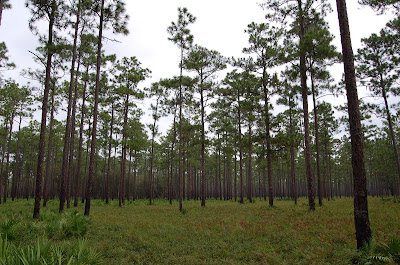 I advanced onto the eerily quiet battlefield as a spectral fog accented the towering pine trees. The trees stood at attention as did the soldiers on February 20, 1864. The hallowed ground beneath my feet was carpeted with palmetto bushes and fallen pine cones. The quiet was periodically interrupted by the sounds of a woodpecker and crickets. All of this in stark contrast to the battle that had been waged in this forest. Once into the forest the view in all directions was very similar. The glimmer of the suns rays through the pines provided a natural compass for direction. I paused longer in the area where the "47th New York Regiment" had been positioned. Somewhere in this vicinity my great-great grandfather was killed by a gunshot fired by a Confederate soldier.
A lone butterfly was perched upon a palmetto at the side of the the path. As I moved forward, the butterfly rose and gently circled as if to welcome me. Throughout my journey I was accompanied by this beautiful black and white butterfly. Making my way through the now abandoned and silent Confederate battle line, a brightly colored yellow butterfly joined in a display of aerial acrobatics. How gentle, how peaceful was this journey through one of the bloodiest battlefields of the Civil War.
In an area seemingly no larger than a football field, North fought South, Blue fought Gray and brother fought brother. For a period of three hours the battle raged. One witness commented that the fighting was so close, "you could read the inscriptions on the enemies belt buckle!" The sounds that day of rifle fire, cannonade and screams, would have been deafening. The fact that nearly 3,000 men were killed or wounded in this small area, in such a brief period of time, is incomprehensible.
The Battle of Olustee is not mentioned along with Gettysburg, Antietam, Chancellorsville or, the more famous battles of the Civil War. However, for the wounded, the survivors, those who evaded harm, February 20, 1864, would be forever etched in their memory.
As the words of the Confederate battle song go, "..... old times there are not forgotten ....."
Posted by Jim at 10:44 PM 11 comments:

I have been using "Ancestry.com" to develop additional information for this blog. I was directed by a fellow researcher that the town of Froyle, where George Reed emigrated from had its own website. Through e-mail, I have "met" Chris Booth who is the historian for Froyle. The website along with Chris' input have provided me with a more personal view of Froyle. There are photographs of Froyle, including two where my ancestors lived. There are church documents recording births, baptisms, marriages and death.
What I have learned about George Reed is that in 1851, he, his wife Harriet and children resided at "The Workhouse". It was common in England that the poor were given shelter in return for labor. I can only assume that this was one reason George sought the opportunity to come to the United States to find "fortune" as many people did in the 1800's.
I have provided a link to both "Ancestry.com" and Froyle.
Posted by Jim at 2:43 PM No comments:

"He Rests In Honored Glory An American Known But To God"

George Reed was initially buried on the Olustee battlefield by the victorious Confederate troops. It was common practice that the victors would bury enemy troops killed in battle. Records indicate that in 1867 or 1868, the remains of the Federal soldiers were exhumed from the battlefield for interment at the National Cemetery in Beaufort, South Carolina. Due to the lack of proper identification, these Federal soldiers are listed as "Unknown". Records at the National Cemetery indicate burial of "unknown" Federal soldiers, numbering over 1,000.
Posted by Jim at 11:31 AM 2 comments:

"F" Company of the 47th Regiment - New York Volunteers was made up according to Federal Army guidelines. The company included; one Captain, one First Lieutenant, one Second Lieutenant, one First Sergeant, four Sergeants, eight Corporals, two Musicians, one Wagoner. The minimum assignment of Privates were sixty-four (64), maximum of eighty-two (82). The 47th Regiment was assigned to the 10th Corp (usually designated by the use of Roman numeral, X Corp). During its tenure, September 3, 1862 - April 17, 1864, the 10th Corp reached a maximum strength of 26,000 men on December 31, 1863. The commander of the 10th Corp during the Battle of Olustee, was General Q.A. Gillmore.
Posted by Jim at 7:17 PM No comments:

On September 1, 1863, George Reed, enlisted at Brooklyn, New York, for a three year term. As was common practice during the Civil War, he enlisted as a "substitute" for a man who had been drafted.

The "bounty" for a substitute was $100.00. These bounties were paid over a period of time rather than one lump sum. This was done because some individuals would enlist, collect their bounty, desert their unit, then re-enlist in another area to collect another bounty. Payroll records indicate he received one installment of $25.00 on November 1, 1863. A private in the army received $16.00 per month.
Posted by Jim at 2:52 PM No comments: